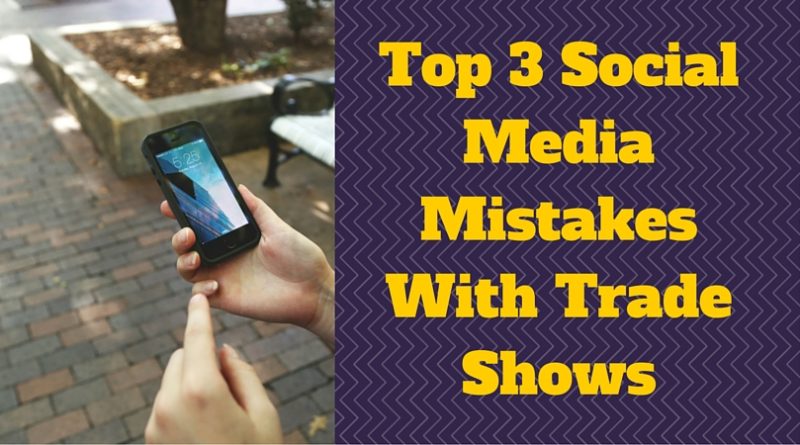 Social media mistakes are often unintentionally made during trade shows.

Many brand’s have online profiles are but making social media mistakes. If an established social media presence for your trade show program is a priority, there’s no time like the present to get started! Social media is an expectation of prospects, customers and employees. Unfortunately having a healthy social media brand does not automatically prepare for trade show integration. Just like data, social media is only powerful from what you do with it. Here are three common mistakes made when leveraging social:

Not Collaborating– In 2015, almost every major trade show you attend will have a custom hashtag. This should be utilized at least three months in advance for show promotion. If possible, try to tweet about the upcoming show multiple times a week at ‘hot’ hours such as noon or 5 P.M. Other common industry hashtags include #eventprofs or #expochat, which allow industry professionals to know about your knowledge and events. Remember if unsure about the hashtag, ASK! You don’t want to be tweeting at the World of Concrete show with #2016WOC when the show has set up #WOC2016! 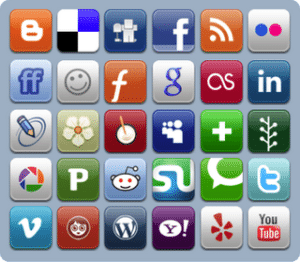 Missing ‘FREE’ Content- Show day has arrived and you now have your company at the forefront showcasing the best. Take advantage of this! Record demo videos, customer testimonials and take photos! Creating content costs, so use those trade show dollars to double dip. A day-long trade show could add up to weeks of content if planned in advance. If you don’t have a representative solely focused on social media efforts for the show, plan accordingly. You don’t want your booth staff worried about a tweet while valuable prospects roam past.

Failing the Virtual Fishbowl- Dropping a card in the fishbowl has become clichéd. Social media allows the connection to expand well past the cold calling and email. Connect with prospects on LinkedIn, or follow them on Twitter. Tweet them often to help nurture a relationship. Those five minutes at the show can translate to a solid business relationship. They say don’t call for three days after meeting someone, but today it’s common practice to tweet them within the hour. In an era of cyber security, customers are also more willing to hand out social handles vs phone numbers.

Ultimately your online brand presence is the biggest asset your company has, so don’t be afraid to use it! Post your social media mistakes and trends below!

The Basics of Business Entertaining and Building Friendships

Successful Events Are About More Than Flawless Execution

Exhibits: Rental vs. Purchase; What’s Right for You?