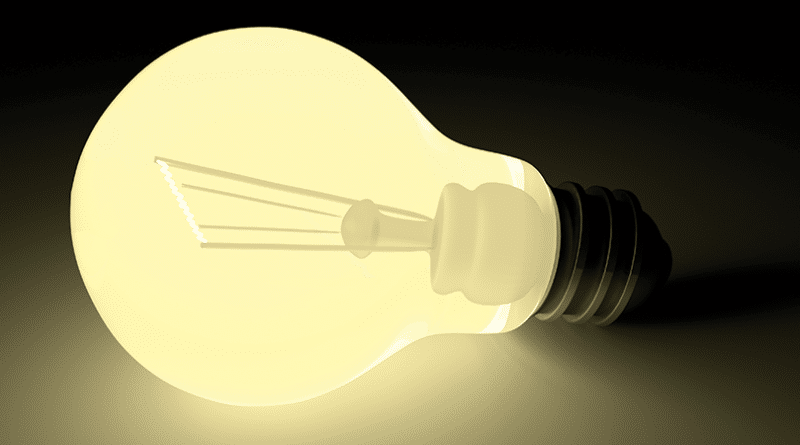 Lighting is a powerful tool. It illuminates, attracts and directs attention, enhances ambiance, creates an endless variety of aesthetics, and has the power to, quite literally, make your products shine brighter than the competition’s. But despite its myriad uses and benefits, most exhibit managers know as much about lighting as they do quantum mechanics. So to help them maneuver from dark and dank to light and luminous, EXHIBITOR enlisted six experts who shared their ideas on incorporating illumination easily and effectively without going over budget.

Consider lighting early in the process.

Reverse engineering lighting into an exhibit design is like adding recessed fixtures into an existing home. It’s more costly and problematic than if those fixtures had been considered before the walls had Sheetrock on them. That’s why Susan Wright of Light Craft Manufacturing Inc. says lighting needs to be a part of the design discussion from the very beginning. “Placing fixtures, running cords, and hiding power supplies is more difficult when exhibitors attempt to integrate lighting late in the process,” Wright says. She also cautions that not thinking about lighting until after a design has been finalized can limit your options. “You might find there is no place to attach the appropriate lighting to the display, forcing you to select lighting options that may not be ideal. Or, because you’ll be limited on where you can place fixtures, the exhibit structure itself might interfere with the light source, resulting in shadows.”

Rob Cohen, vice president of Display Supply & Lighting Inc., agrees. “You really don’t want the lights themselves to be noticed, just their effects. A light that delivers what is needed and is not even seen is the best solution. But when working with an existing structure, that level of seamless integration can be difficult.”

That said, Wright and Cohen agree that adding illumination to an existing exhibit is far from impossible, especially for more diminutive in-line structures. “If you’re designing a small, simple exhibit – or if you’re using a portable structure – you can typically add lighting at later stages,” Wright says. “But if illumination is important to you, the earlier you involve your lighting designer in the design process the more likely you’ll get the effect you desire without hassles and headaches.”

Keep your lighting designer in the know.

“When creating and updating a lighting design, I need to know what products, messages, and areas in the booth are critical to the exhibitor. So make sure your lighting designers have a good understanding of your marketing strategy,” says Kenneth Farley, president and lead lighting designer at Illumination Production Services Inc. in West Haverstraw, NY. “That way, I can direct the lighting, and the attendees’ attention, appropriately.”

Farley illustrates his point with an example from an event where he was charged with illuminating several key graphics. “Based on the minimal information we’d received from our client during pre-production, we focused lighting on the large text and main images within the graphics,” Farley says. “However, during a press conference I attended shortly before the event, my client revealed that the company’s recently developed marketing strategy revolved around a new tagline – which was included in the graphics, but was by no means a main element. Needless to say, we rushed back to the setup area and added additional lights to make sure those little taglines took center stage. If we hadn’t attended the press conference, we would have had no idea that this tagline was critical at this particular event.”

Cohen adds that it’s essential for the lighting designer to be aware of exhibitors’ goals, because those goals will impact everything from the type and style of lights selected to the color temperature and lighting effects employed. 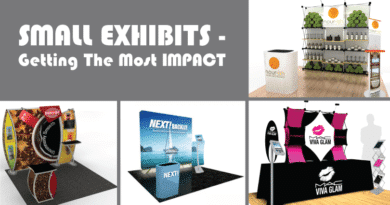 Small Exhibits – Getting The Most IMPACT